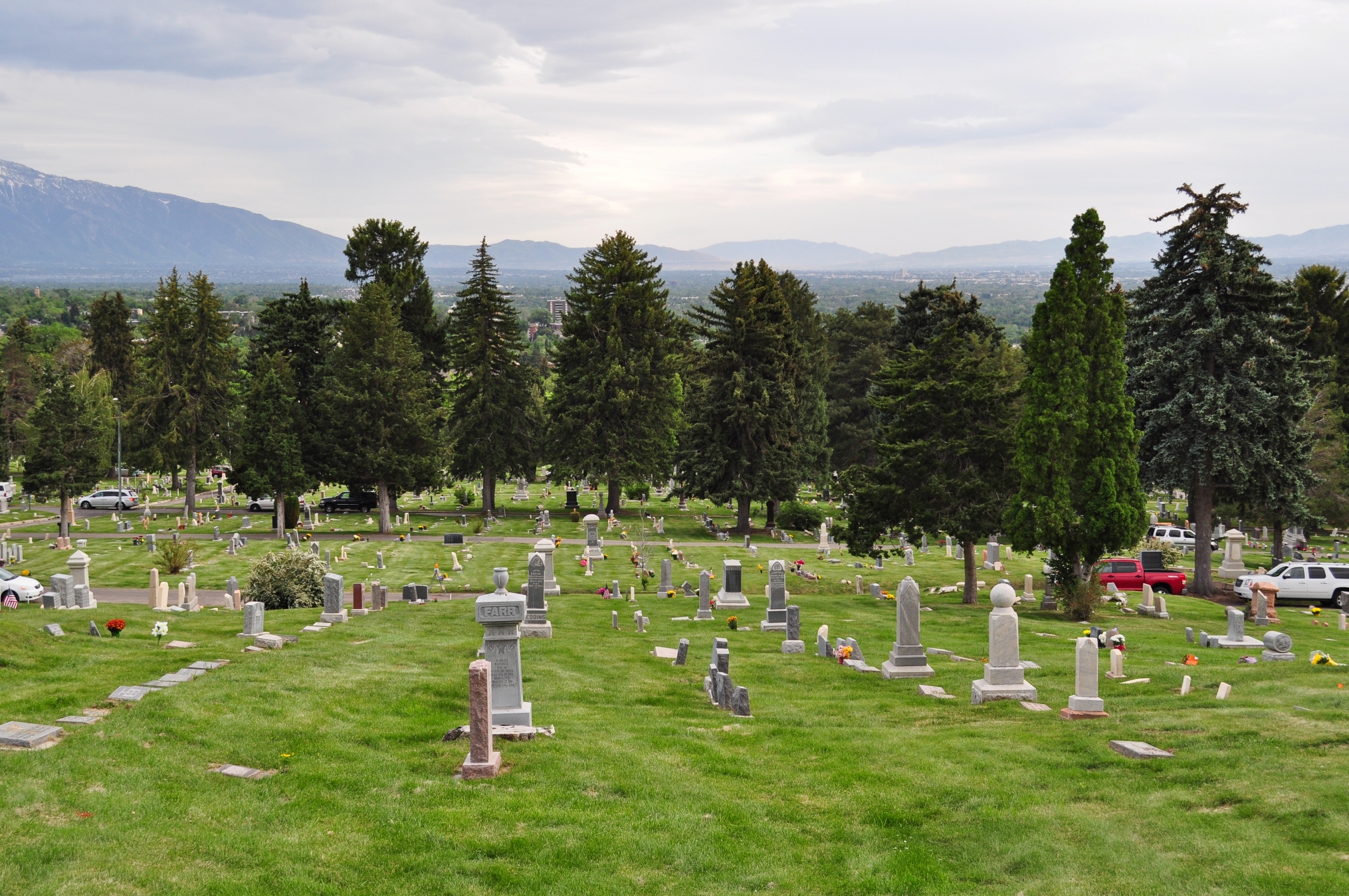 The Salt Lake City Cemetery is located between “N” and “U” streets and 4th Avenue and 11th Avenue and contains approximately 122 acres with 9 ½ miles of roads.

The cemetery is laid out in plats. A plat is an area of land that was developed at the specific time. Plats are divided into lots. A lot contains ten graves. On the sexton’s records, each person is recorded in four different areas. There is a location on record for each person buried in the Salt Lake City Cemetery.

ALL FLOWERS & DECORATIONS will be removed throughout the whole Cemetery (Annually)

If you want to keep the decorations please pick them up prior to the date the removal begins.

During clean up week do not decorate after graves have been cleaned up until the whole cemetery is complete because the new decorations will also be removed.

The Salt Lake City Cemetery was one of many cemeteries developed during the rural cemetery movement. This movement used landscaping in a park-like setting, creating America’s first public parks.

Salt Lake City’s cemetery is the largest municipally-owned cemetery in the country, taking up a little over 120 acres. 1848 marked the cemetery’s first burial, making the cemetery 172 years old with 130,000 burial sites. Some of these sites hold famous people, such as Orrin Porter Rockwell, lawman and bodyguard of Joseph Smith; Lester F. Wire, inventor of the traffic light; Jean Baptiste, a grave robber; Jane Manning James,⁣ the first female black Mormon pioneer; Hiram Bebee, the self-proclaimed and contested Sundance Kid; Jacob Moritz, commonly known as Emo, an early Utah politician, founder of the Salt Lake Brewery and subject of a legendary ghost tale; and Lily E. Gray, whose gravestone is mysteriously inscribed, “Victim of the Beast 666.”