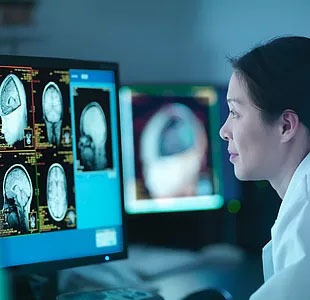 Children are particularly vulnerable to chemicals due to their explorative nature and size. Children are ALSO more prone to place potentially contaminated household objects, as well as their hands, in their mouths. Because of their smaller size, children are closer to contaminated surfaces on the ground which exposes them to more chemicals. Compared to adults, children also take in proportionally more food, water, and air, meaning they consume a higher proportion of pesticides and other chemicals found in these sources.

What can you do?

Quite simply: Aim to cut down or eliminate the use of chemical pesticides and fertilizers in and around your home.

This might mean more time spent in the garden doing manual labor, at least initially. 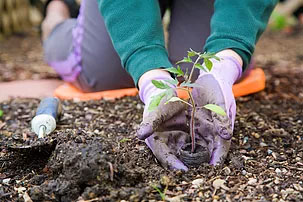 Thankfully, studies have shown that working in the garden improves your health—both mental and physical:

1. Gardening has been shown to be a more effective stress reducer than other leisurely activities. A set of recent medical studies showed that mice injected with Mycobacterium vaccae, a harmless bacteria commonly found in soil, had an increased release and metabolism of serotonin in parts of the brain that control cognitive function and mood.

The effect was similar to that resulting from certain antidepressant drugs. The relation between humans and Mycobacterium vaccae is thought to be evolutionary—humans evolved alongside the bacteria and benefited from its positive, mood enhancing effects.

However, humans are simply not spending as much time not outside anymore and thus are not routinely exposed to Mycobacterium vaccae.

Gardening, weeding, and other manual yard work can reverse this trend. By exposing ourselves to Mycobacterium vaccae on a regular basis, we can boost mental and physical health.

2. Gardening is also a good source of low-impact exercise, such as stretching and strengthening muscles. This physical activity can be associated with lowering the risk of developing dementia. Two studies were conducted in which people in their 60s and 70s were followed for up to 16 years. Those who gardened regularly had between a 36% and 47% lower risk of dementia than those participants who did not garden.

3. Recent studies show that the health of our soil is directly related to the microbial life on our skin and in our gut. Hence, using chemical pesticides and fertilizers in our homes and yards will not only affect the pests and lawn, but will have an impact on us as well. This is yet another reason to keep our environment healthy and diverse and eliminate the use of chemical pesticides and fertilizers. Creating a natural environment and promoting biodiversity around our homes can reduce chronic illnesses, including allergies, in both children and adults.